EuroMedMig Manifesto for a City Governance of Mediterranean Migration

The EuroMedMig Research Network on Migration has released a Manifesto for Mediterranean Cities and Migration Governance synthesizing the main diangoses, challenges and recommendations identified in the EUMedMi International Symposium. The meeting, held on October 21st, 2022 at Palau de Pedralbes in Barcelona, was the final result of a European project coordinated by the GRITIM-UPF Research Group.

Mediterranean cities are historical migration hubs but over the past decades, their governance capacities have been reduced due to lacking resources and rigid legislative frameworks that could not cope with the increasing migrant arrivals. The EuroMedMig Research Network on Migration has just released a Manifesto for a City Governance of Mediterranean Migration collecting the main concerns and governance proposals discussed during the EUMedMi International Symposium 2022 celebrated on the past October 21st, 2022, at Palau de Pedralbes, in Barcelona. The document has been prepared by the EuroMedMig Office Coordination Unit, the EUMedMi project director and co-director, with inputs from the EuroMedMig Scientific Committee.

What are the main contributions of the EUMedMi Symposium?

3. Reframe common Mediterranean cities history of migration to raise awareness of a common migration history that incorporates colonial and postcolonial approaches, and the cosmopolitan dimension of cities built in through contact with other cities.

4. Create a Mediterranean cities research network of multistakeholder participation for data collection, knowledge production, and comparative analysis, including an open access data portal to solve the scarcity and disaggregated data at the local level, for policy and research purposes.

Furthermore, the Manifesto wants to be a framework for progress in the achievement of the Sustainable Development Goals of the 2030 Agenda from a human-centered perspective, and the cornerstone of future cooperation between its contributors and other Mediterranean networks.

Lastly, EuroMedMig hopes that this Manifesto is just the cornerstone of future dialogue and cooperation between the contributors to reimagine and implement a renovated research and policy agenda for Mediterranean migration governance that puts Mediterranean cities at the heart of the debate and decision-making.

The symposium, final activity of the EUMedMi project

The symposium was the final activity of the " EUMedMi project: Mapping Mediterranean and European Migration Studies " (September 2019-August 2022) coordinated by the Interdisciplinary Research Group on Immigration ( GRITIM-UPF ) and funded by the Eramus+ programme and the Jean Monnet Network. EuroMedMig is a platform representing seven partner research centers from Euro-Mediterranean countries: Spain, Portugal, Morocco, France, Türkiye, Tunisia and Belgium, and other associate members from Egypt, Lebanon and Greece.

The meeting aimed to create a dialogue space for Mediterranean cities from all the rims of the basin (South, North, East and West) to express and exchange the main challenges they are confronted with to manage migration in a sustainable manner. The summit was organized in collaboration with the European Institute for the Mediterranean (IEMed), the Catalan Ministry for Foreign Action and European Union, Barcelona City Council, and Union for the Mediterranean (UFM).

Brought together scholars, policy makers, elected local representatives, practitioners, and civil society representatives from around the Mediterranean in order to outline general diagnoses, and provide recommendations to address the shared migration governance challenges in cities from a city-centered approach.

The EuroMedMig Research Network on Migration was launched in 2018 by Universitat Pompeu Fabra, and is an IMISCOE Regional Network with support by Union for the Mediterranean.

recruit.myScience
Related Stories
Politics
Podemos, Ciudadanos and Vox have less capacity than PSOE and PP to retain their regional candidates - 19.12.2022

Adrián Todolí affirms that the 2021 labour reform will not stop salary devaluation if there is no public intervention - 08.09.2022 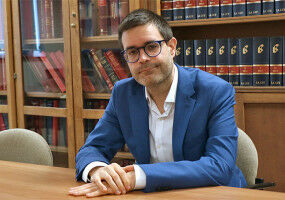 2022 Scholarship for the CHARM-EU Master’s Programme - 07.07.2022
Open registration for the CHARM-EU master’s degree in Global Challenges for Sustainability - 20.06.2022
This site uses cookies and analysis tools to improve the usability of the site. More information. |